So, for those of us who regularly attend Board meetings, you can imagine our surprise when the Board of Clowns decided to lay cork flooring in half the yoga room, which was previously a beautiful peaceful space for yoga, stretching, meditation, etc. and move most of the cardio equipment from the gym into the room to make it look like a storage area for broken equipment.  The person “in charge” of this project was none other than Maiko Xavier.  Of course, was this discussed in a Board meeting?  Are you kidding me?  Why, of course NOT!   Why the need to move the cardio equipment you ask?  Stay tuned….

But I digress after all what are the three easy steps?

1.  Elect clowns to the board

2.  Assign one of the clowns to the project

3.  The Clown executes and Voila – space turned into a mess….

Speaking of bad ideas and bad execution, let’s talk about the issue of seams!  So, Dominique Bonet of Linear Designs, was asked by Juan Douzoglou, a member of the Ten Museum Park Board, to put forth her design ideas for the “STRAW VOTE”  idea that the Board Clowns came up with.  One of her brilliant ideas (amongst many) was to lay Missoni for Bolon on the 12th floor.  Well, the problem with that idea that Dominique Bonet for Linear Designs had in all her wisdom was that if one walked around the corner there were seams galore!   After major discussion, somehow, that idea was quashed.  So then another “more organic” design was introduced and selected by the Board of Clowns.

So now, take notice of the seams that run across the floor on each elevator landing right in the middle of the landing!!!!!!!!  Indeed, I’m serious.  To borrow a line from Sandra Bernhard, “I couldn’t make this up!”  Ask a designer with any design chops whatsoever what they think of that….

A resident of Ten Museum Park recently went to get his scooter that was parked on P1 and found it was hit and damaged and left to die without so much as a note.  After repeatedly asking management to review the surveillance tapes, he was told a “resident would be calling him”.  And, who would that resident be?  None other than Maiko Xavier, Board Member and Treasurer of Ten Museum Park Residential Association.  He denied knowledge of the incident but offered to pay for damages.

Indeed, Vivian asked those requesting the footage to come to the office and made it very clear in her correspondence that the Board was not denying the request.  However, upon meeting with Vivian, she stated that while she could show the requested longer version of the tape of the truck hitting the scooter, she could not show the surveillance footage of  Maiko removing the paint because as Vivian Prendes, Manager at Ten Museum Park, stated with a straight face,  “The Board did not have the authority to show surveillance tapes of P1 because P1 is owned by the Master Association” Hmmm and uh, duh, what was the reasoning that allowed the video tape of the truck hitting the scooter in the first place, by the way? 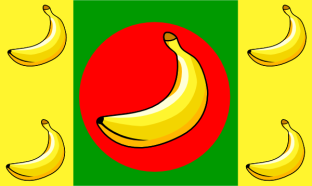 Or perhaps protecting a fellow board member?  Maiko claims he told the injured resident that he was going to remove the paint.  The resident denies that and was in a fury that Maiko would “have the arrogance to think he could touch someone else’s property like that…”

Maiko did write a long email detailing all that occurred in exacting detail once surveillance tapes were requested but rather strangely he did leave out anything about removing paint from the scooter.  When surveillance footage was requested of that incident, Vivian felt the need to question him on that (no;t sure that was even pertinent to the request!)  He then suddenly claimed that he removed the paint with the owner’s permission. Hmmm…. weird thing to leave that rather large detail out of a loooong email giving blow by blow details of the whole incident.   Really doesn’t make sense does it since the injured party had to take the scooter for repairs so why remove paint marks?  Well, you can decide for yourself, I guess…. 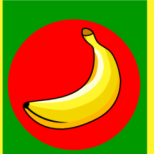 Congratulations to the Board members, David Polinsky (he resigned recently), Juan Douzoglou and Maiko Xavier on their decision to follow the “design” direction of Dominique Bonet of Linear Designs who recommended the use of Bolon in the residential halls.  Despite many protests, including a Design Committee that expressed many reservations about the product, the Board, without the requisite number of votes from residential owners required to make these changes as advised by the residential association attorneys, went ahead and installed this product.  In fact, the Board acknowledged and agreed that they needed a 75% vote of owners as indicated in Board minutes but then just decided “what the hell, let’s just do it”.

As the product was being installed, it was evident that not only did it look and feel cheap, indeed it presented acoustic challenges – mainly, as one exits the elevators, it is as if one is entering an echo chamber – noise bounces.  If one is standing by the elevators, one can hear every conversation that neighbors are having in their units with complete ease.  If one is so fortunate to live on a floor in which there are dogs, the experience is something like living in dog kennel.

Some residents report being awakened by the closing of doors by neighbors, never before an issue or being able to hear dogs barking in units on the other side of the building.

A couple of residents actually made tape recordings while the Bolon was being installed initially, making a sound recording in the hall with the original carpeting, in the hall with the Bolon flooring, in the hall with a wool carpeting and in the hall with only cement.  Though clearly this is not a scientific experiment, the difference is sound quality and acoustic integrity is mind blowing.  These recordings were sent to the Board and they did not respond to the resident who recorded these whatsoever.  During the meeting, a discussion ensued about bringing in an acoustical engineer to: 1) access whether the Bolon was actually living up to its promises on sound quality – the Board had ordered a new and improved version apparently that was supposedly better acoustically; 2) provide input on measures that could be taken to improve the issue.  Further, if in fact Bolon was not living up to its promises, steps could be taken to rectify the situation directly with the company.  The Board has done nothing.

With the resignation of board member, David Polinsky, the remaining board members appointed Avra Jain to the Ten Museum Park condominium association board.  While Avra and I (Candace O’Brien) have not always agreed, I think she has shown herself to be intelligent, engaged in both matters of Ten Museum Park and as a member of our community.  A recent example of this was her engagement and tireless efforts in thwarting the proposed plan to build a soccer stadium in the newly completed Museum Park.  While our Board twittled their thumbs the boards and management of 900 Biscayne and Marina Blue organized a very effective political campaign that resulted in successfully ending the proposal.

We often hear that it is a thankless job to be on a condo board.  All well and good BUT that does not mean that the board members have a right to violate laws, spend money as they personally think it should be spent, fail to discuss important issues in a public forum, fail to listen to the concerns of other association members and committees, and generally behave as if they are dictators from some banana republic.

This forum will hopefully be a place where concerns will be aired, truths will be told and board members will be held accountable.

Links to legal and educational resources will be posted here.